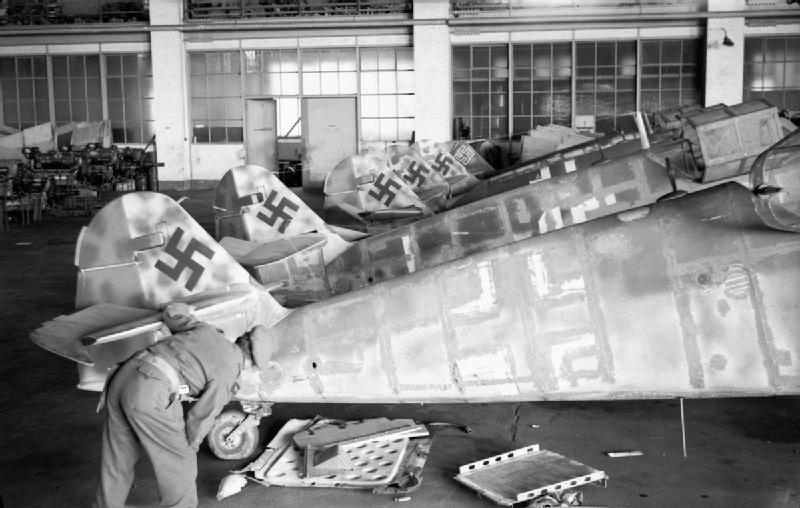 A British soldier examines a row of partially complete Messerschmitt Me 109G fuselages in a hangar at Wunstorf airfield, captured by elements of the 5th Parachute Brigade, 6th Airborne Division, 7 April 1945. The aircraft have been disassembled and their paintwork stripped as part of a refurbishment that was never completed.