Private George McKinnes Jamieson was the son of William Jamieson and of Rebecca Paterson Jamieson (nee McKinnes), of Edinburgh.

He was educated at George Heriot's School, Edinburgh, where he was Captain (Headboy) from 1936 to 1937.

Jamieson was enlisted into The Royal Army Medical Corps and volunteered for airborne forces during World War II, qualifying as a military parachutist on course 75 which ran at RAF Ringway from 26 July to 6 August  1943. The course instructors’ notes record ‘very good performance’.

After qualifying Pte Jamieson was posted to 225 Parachute Field Ambulance,with whom he served in Normandy and the later campaigns to liberate North West Europe from German occupation, including the final mass allied parachute and glider assault of World War II, Operation Varsity, on 24 March 1945. For Op Varsity he was attached to 7th Parachute Bn and served in B Coy’s medical section.

In the ensuing battle, in which the 13th Battalion was also engaged, the 7th Battalion lost 6 killed, and 21 wounded, most from the initial ambush of the four leading trucks of B Coy, including Pte Jamieson. The airfield was captured with 19 ME 109s, 4 FW 109s, 2 JU 88s, 2 JU 52s and much other valuable equipment.

This was a heavy day of losses for the battalion as it suffered further casualties from a road mine detonation and an explosion at Neustadt bridge.

The battalion war diary records the day's casualties as 27 killed, 33 wounded and 6 missing presumed killed; mostly  from B Coy. In addition some of those injured later died of their wounds. 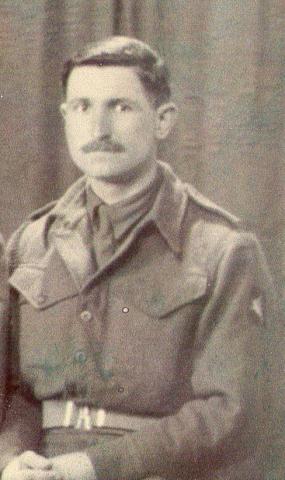