Private Eric William Lakin was born in Australia and resided in Staffordshire prior to his enlistment into the British Army.

He volunteered for airborne forces while serving with The King’s Own Yorkshire Light Infantry during World War II and qualified as a military parachutist on course 134 which ran at RAF Ringway from 18 September to 5 October 1944.

The museum’s records are incomplete regarding which incident resulted in the death of Pte Lakin, however there are indications that he was killed in action at Wunstorf airport. 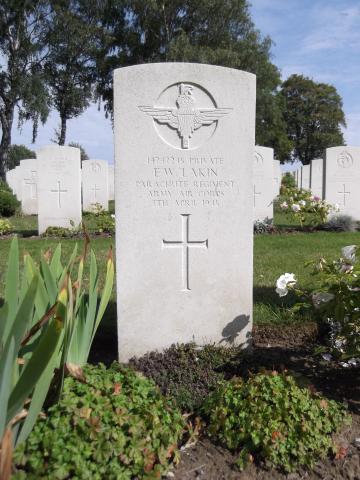