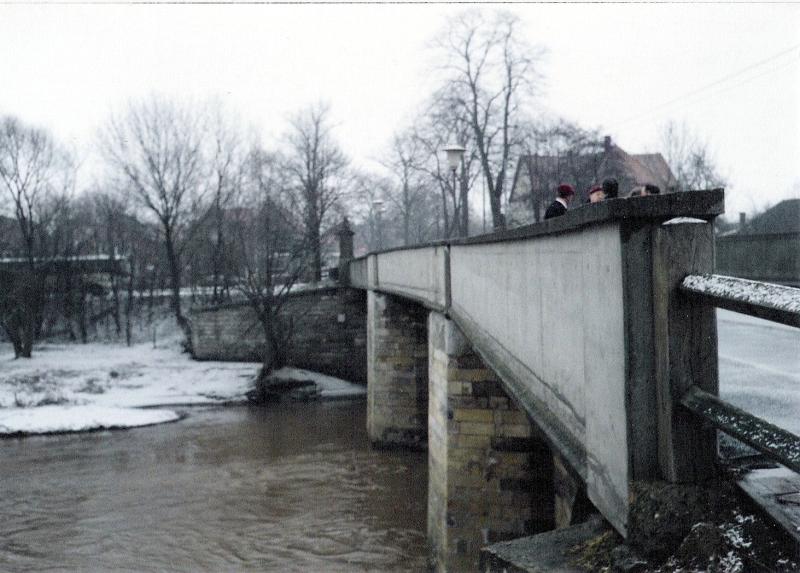 Former members of 6th Airborne Division gather on the Lion bridge at Neustadt during a commemorative tour in March 1986.

This brought the total casualties for the day up to 27 killed, 33 wounded and 6 missing following the earlier battle at Wunstorf and a road mine detonation. Several of the injured men also died as a result of their wounds.