Private John Walter Green was the son of Hamor and Evelyn Green, of Hoyland Common, Yorkshire.

He volunteered for airborne forces while serving with The Lincolnshire Regiment during World War II and qualified as a military parachutist on course 150 which ran at RAF Ringway from 24 January to 8 February 1945. Tragically five members of this course, who were posted to 7th (Light Infantry) Parachute Battalion as reinforcements, including Pte Green, were all later killed in action on the same day.

The museum’s records are incomplete regarding which incident resulted in the death of Pte Green, however there are indications that he was killed in the fighting at Wunstorf airport. 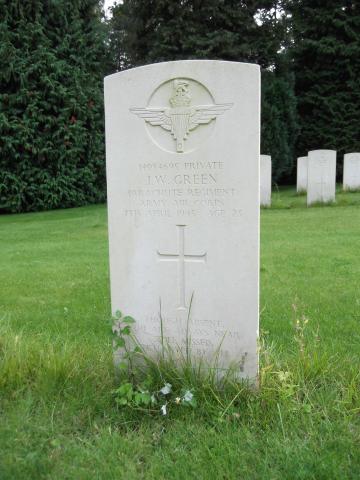