Ron Hinman was granted an emergency commission into The Parachute Regiment on 15 July 1944 after completing his officer cadet training, and qualified as a military parachutist on course 128 at RAF Ringway the following month.

He joined the 7th (Light Infantry) Parachute Battalion as a reinforcement after it had returned from Normandy and was posted as the commander of No 6 Platoon in B Company.

Ron fought in the Ardennes and later took part in the Rhine crossing, Operation Varsity in March 1945.

A few days later on 27 March, the 7th Para Bn encountered enemy forces, supported by artillery, holding a crossroads which blocked the eastward advance of the brigade. That night Ron led a patrol and captured a German prisoner, who revealed that two platoons of enemy troops were manning anti-tank guns both north and south of the crossroads.

He hand picked 8 men for a fighting patrol to tackle one of these platoons manning four anti-tank guns. Part of the patrol returned shortly after midnight with several prisoners and reported complete success, however Ron and one man from his patrol had remained out to investigate a suspected machine gun position and to deal with a casualty he had suffered.

Ron later returned to his own positions about an hour later and reported that he had in fact cleared both platoons. His commanding officer, Lt Col Pine-Coffin, recorded in the battalion war diary: “A truly remarkable feat considering the small size of his party.  I found in the morning, that he had captured intact eleven guns, eight 3.7cm dual purpose anti-aircraft/tank guns, to say nothing of several machine guns and machine carbines and some 40 prisoners; all this with a patrol of eight men and at a cost of one casualty.” Ron was subsequently awarded a Mention in Despatches for his actions.

The battalion continued its advance eastward and by 7 April had reached Petershagen, in between Osnabrück and Hanover. It continued to proceed east by motor transport and encountered enemy forces defending Wunstorf airfield at around 14:30 hours, although earlier reconnaissance reports had indicated that it had been abandoned, resulting in the ambush of the leading elements of B Coy, including Ron who was badly wounded.

During the battle, in which the 13th Battalion was also engaged, the 7th Battalion lost 6 killed, and 21 wounded, most from the initial ambush of the four leading trucks of B Coy. The airfield was captured with 19 ME 109s, 4 FW 109s, 2 JU 88s, 2 JU 52s and much other valuable equipment.

Ron lost a leg as a result of the ambush at Wunstorf and relinquished his commission, due to disability, on 12 February 1949.

In spite of his own disability Ron actively undertook welfare activities for other former members of 7th (LI) Battalion and was always ready to share his time with those less fortunate than himself without ever complaining about his handicap or the pain he suffered.

Back from the dead 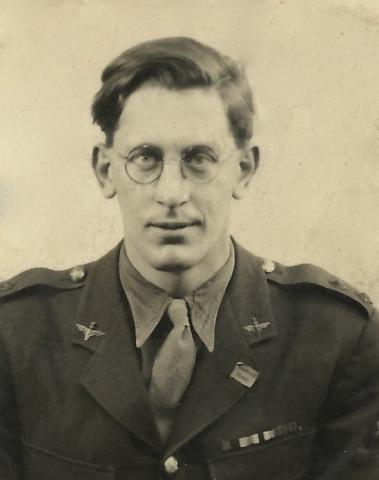