He enlisted into the West Yorkshire Regiment (Prince of Wales's Own) and was later attached to the 7th (Light Infantry) Parachute Battalion in World War II, serving with the battalion during Operation Varsity and the subsequent advance east to the Baltic.

By 7 April 1945 the battalion reached Petershagen, in between Osnabrück and Hanover. They continued to proceed east by motor transport and encountered enemy forces defending Wunstorf airfield at around 14:30 hours, although earlier reconnaissance reports had indicated that it had been abandoned, resulting in the ambush of the leading elements of B Coy.

The museum’s records are incomplete regarding the death of Pte Stansfield, however there are indications that he was killed at Wunstorf airport, or died of wounds from an earlier engagement on Op Varsity and the subsequent advance. 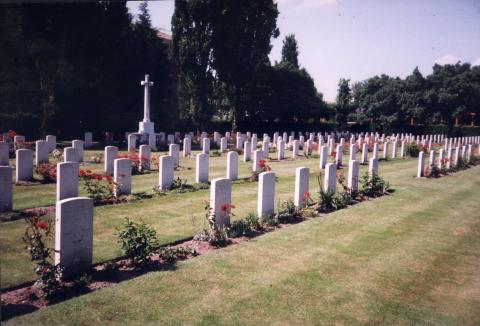