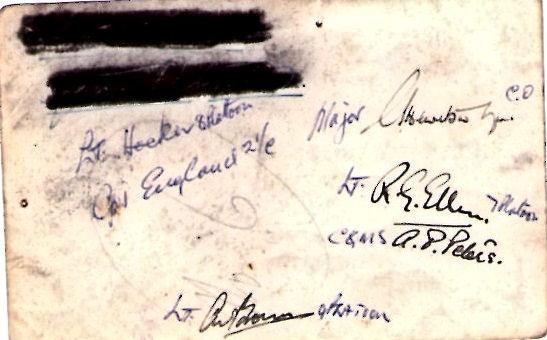 Although a note on a similar photograph records the photograph was taken in 1942, it appears to have been taken in early 1944 (based on the parachute course dates of two of the personnel in the photograph).

Identifications supplied by Capt Richard Fry, who was in the photograph.