Sergeant Major Michael Williams was born on 28 November 1967 and grew up in Cardiff, where his unbridled and ever-present love for Cardiff City Football Club originated. Known affectionately by his many friends as Mark, or Weasel, he was a small man with huge depths of physical courage and stamina, and a giant personality. Beneath his kindness and sense of fun and adventure was the most professional soldier, who was loved and respected by the whole Battalion, not least those under his command. Mark Williams joined the Army in 1986. After completing training, he joined the 2nd Battalion The Parachute Regiment, starting his long career in 11 Platoon, D Company. Over the next 22 years he served with distinction as a rifleman in B and D Companies (including on Operations in Northern Ireland) and as a Lance Corporal in B Company. In 1998 he moved to the Machine Gun Platoon in Support Company, where he served as a Detachment Commander and Platoon Sergeant on Operations in Macedonia and Afghanistan. In 2004 he was posted to the Infantry Training Centre in Brecon as a Machine Gun Instructor, where he relished passing on his expertise, and living in Wales. Promoted to Colour Sergeant, he returned to 2 PARA as Company Quartermaster Sergeant of Support Company and deployed to Iraq, before being promoted to Warrant Officer Class 2 and becoming the Company Sergeant Major of A Company. He had deployed to Afghanistan with 2 PARA in March 2008, initially running the Battle Group's in-theatre training in Bastion before taking up his role as the Fire Support Group Commander in C (Bruneval) Company, based out of Forward Operating Base GIBRALTAR in the Upper Sangin Valley. Mark Williams was one of the most experienced, popular and well respected soldiers within 2 PARA, with whom he spent almost all of his 22 year career. He loved his Battalion, soldiering, and his men, whom he led with compassion and constant encouragement. His other love was for Cardiff City Football Club, of whom he was the most fanatical supporter. He had organised his leave from Afghanistan especially early in the tour so that he could attend the FA Cup Final. Mark Williams' death leaves a huge hole in the hearts of the entire Battalion. WO2 Michael Williams was killed during a firefight. He was on a deliberate operation against the Taliban in the Upper Sangin Valley when he was fatally wounded on 24th June 2008.

Courtesy of MoD and Bob Hilton

Eulogies to WO2 Michael Williams, Killed in Afghanistan 24 June 2008 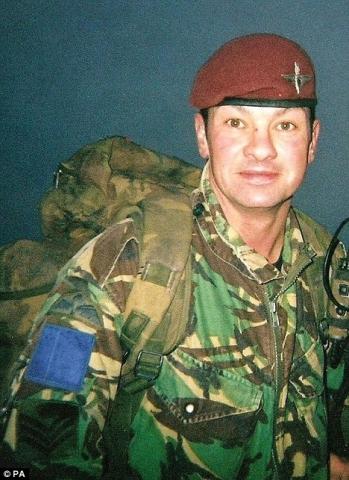