John Thomson Boyd was born in Glasgow and served as a pre-war regular soldier with the King’s Own Scottish Borderers (KOSBs).

He had reached the rank of Sergeant when he answered the call for volunteers on the formation of the 1st Parachute Brigade in 1941 and, after completion of the selection course at Hardwick Hall, was posted to the 2nd Parachute Battalion then in the process of forming up, and assigned to C Company. C Coy had been nicknamed Jock’s company as most of the soldiers posted to it were from Scottish regiments.

Boyd, along with other members of C Company, attended parachute training at RAF Ringway on course 4 for brigade personnel in December 1941. He returned to Ringway with C Coy for the brigade's first advanced training course involving a night descent from a balloon and aircraft descents with arms containers in January 1942.

Shortly after returning from their advanced training, C Coy began intense training and preparation for the Bruneval Raid, a daring parachute operation into enemy occupied France to capture components from a German Würzburg radar installation.

He suffered a gun-shot-wound to his left foot during the raid on 28 February 1942, while serving as a member of Drake section under the command of Lt Peter Naumoff but was successfully evacuated from the beach.

Boyd was commissioned as a Second Lieutenant (264618), after attending No 106 Officer Cadet Training Unit, into the King’s Own Scottish Borderers on 20 April 1943.

He was then posted to the 5th (Scottish) Parachute Battalion in 1943 and saw action in Italy from September 1943.

Boyd was posted to the 1st (Independent) Parachute Platoon when it was expanded in January 1944, and took charge of 2 Section. He deployed with the pathfinder platoon for Operation Dragoon on 15 August 1944, in southern France.

He later took part in the campaign to liberate Greece, ‘Operation Manna’ in the winter of 1944-45 and was killed in Athens during the ensuing troubles with the Greek Communist Forces. 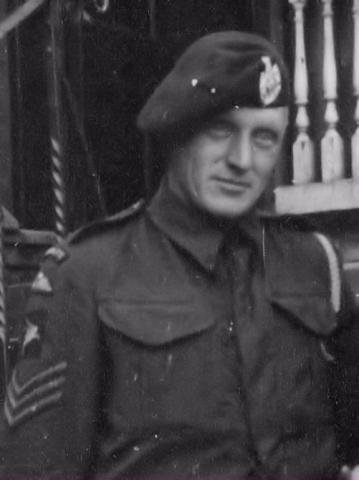