The British brigade flew from airfields near Rome and landed between La Motte and Le Muy. The task was to deny this area to enemy forces until relieved by sea-borne reinforcements. Only 73 of 125 aircraft dropped their troops accurately with the remainder scattered as far afield as Cannes and Fayance 20 miles away. Landing areas were cloaked in mist as well as hilly and steep, requiring exceptionally high glider releases. Although 2nd Brigade HQ assembled intact, the 4th, 5th and 6th Parachute Battalions were at half strength or less.

Despite these difficulties the Brigade accomplished its initial tasks by 1015 hours. By nightfall they had secured the three main roads the enemy required to counter-attack the invasion force. Only 4th Parachute Battalion was in serious contact, killing 16 Germans and capturing 29 at a cost of seven dead and nine wounded.

On 17th August the sea-borne forces linked up and the 2nd Independent Parachute Brigade returned to Italy nine days later to prepare for further airborne operations.

GENERAL FARRAR-HOCKLEYS SHORT ACCOUNT OF HIS EXPERIENCE DURING OPERATION DRAGOON 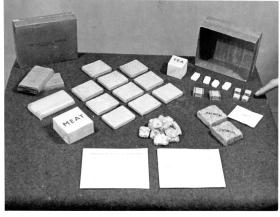