Brigadier Edwin Flavell was a highly experienced officer, one of few Airborne soldiers to fight in both the First and Second World Wars. He was awarded the Military Cross and two Bars whilst serving with the Machine Gun Corps in the First World War, and a Distinguished Service Order for service in North Africa with 1st Parachute Brigade in 1942-3.

Edwin William Conquest Flavell was born at Stockwell, London, in February 1898 and was later educated at King’s College School, London. In 1914, aged 17, he enlisted with the East Surrey Regiment and was commissioned five months later.

He transferred to the Machine Gun Corps in 1916, and the next year, aged just 20 years old, a further promotion followed and he was reputed to be the youngest Major in Flanders. He commanded the 126th Machine Gun Company, amongst whose ranks was Lieutenant Richard Gale.

Flavell was awarded his first Military Cross after taking command of a company of infantry in which all the officers had become casualties - he enabled the company to re-group and continue in the battle.

His second Military Cross was awarded for reconnaissances which he carried out with great skill and complete disregard for his own safety, and the third was “for conspicuous gallantry and initiative” near Ribécourt on 28 September 1918. The citation described how he “led forward a section of his company in the face of heavy machine gun fire, reaching positions from which his guns were able to engage two enemy Field Guns which he put out of action and captured, after killing the teams”.

As he had been in action constantly in France, with his unit frequently called upon to break up advancing enemy attacks, and he had also been wounded at Cambrai. Flavell’s survival was almost miraculous.

After the First World War Flavell entered the shipping industry in partnership with an American, but remained on the active lists of the East Surrey Regiment. He was recalled on the outbreak of the Second World War.

His first appointment was to Second-in-Command of the 2nd/7th Middlesex Regiment and he served in France in 1940. Shortly afterwards, he was promoted to Lieutenant-Colonel and given the task of raising and commanding the 70th Middlesex (Young Soldiers) Battalion.

Flavell began his Airborne career when his old colleague Richard Gale selected him to raise and command 2nd Parachute Battalion in the new 1st Parachute Brigade, with the Cpt ‘Johnny’ Frost as his Adjutant. They both qualified as parachutists in October 1941 at RAF Ringway on Parachute Course Number 2.

The terrain, the weather, and the fierce German resistance combined to make this an especially arduous campaign. The 1st Parachute Brigade, however, acquitted themselves so well that the Germans nicknamed them the Roten Teufeln (‘Red Devils’).

Altogether they had sustained 1,700 casualties but earned eight DSOs, 15 MCs, 9 DCMs and 22 MMs, a number of decorations never surpassed by any formation of the British Army going into action for the first time.

The citation for Flavell’s DSO for North Africa recorded:

“During the last four months the Parachute Brigade under the command of Brig Flavell has fought magnificently and set a standard to the 1st Army difficult to emulate.

The inspiration has come from the Brigade commander who has set the Brigade an example of real courage and devotion to duty.”

In June 1943 Flavell returned to England to become Commander of Airborne Establishments, which involved close co-operation with the RAF over the training of soldiers to become parachutists, reinforcing 1st Airborne Division in the Middle East and Italy, preparing six airborne divisions for the Normandy invasion and assisting in the formation of the Polish Parachute Brigade. He also held the first command of 5th Parachute Brigade before Brig Poett assumed command prior to the Normandy landings.

In June 1944, six days after the D-Day, he replaced Brig Hugh Kindersley, who had been mortally wounded, as Commander of 6th Airlanding Brigade.

Flavell then commanded 6th Airlanding Brigade up to and including the 6th Airborne response to the German counter-offensive in the Ardennes in winter 1944-5, before being appointed as Deputy Chief of Staff HQ 1st Allied Airborne Army, and an Officer of the American Legion of Merit.

In the 1945 general election Flavell stood as a Conservative candidate for North-West Hendon, and was beaten by only a small number or votes. He then embarked on a career in property development, holding numerous directorships as well as running his own company.

He was appointed Deputy Lieutenant for Middlesex in 1948 and later became chair- man of the County of Middlesex Territorial Army Association.

Those close to him remembered “Flav” as a man of outstanding leadership and personality, with a wide range of interests. He became involved in local politics and charities, actively supported the Territorial Army, and was an enthusiastic mason, becoming a Provincial Grand Master.

He was a founder member and subsequent president of the lckenham Cricket Club. He was also an enthusiastic philatelist. He was sociable, cheerful, and enjoyed life to the full. He married, in 1920, Nora Cooper; they had two sons and a daughter. He married secondly Kathleen Fenton.

Compiled from obituary, with kind assistance from the Flavell family 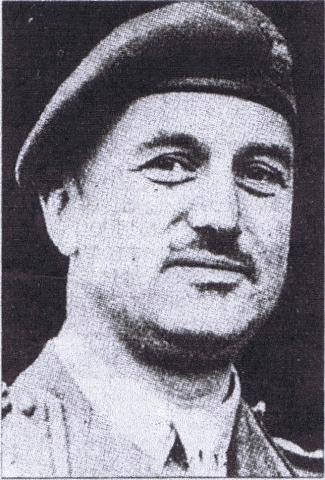