Cyril 'Willie' Turner served in the Seaforth Highlanders prior to volunteering for airborne forces shortly after its formation during World War II.

He joined 11 SAS Battalion and was initially posted to S Company under Lt Hargreaves when it was converted to become the 1st Parachute Battalion.

'Willie' later transferred to the Mortar Platoon and was in a group of less than one hundred men who fought with the battalion all the way from North Africa (1942-3) through to Sicily, Italy and Arnhem, where he was wounded and captured.

He was held as a prisoner of war and eventually moved to Stalag XIB at Fallingbostel, where he remained until the camp was liberated in the spring of 1945. Other airborne soldiers captured at Arnhem were also held at the camp including the legendary RSM Lord.

Compiled with the kind assistance of Gerald Britton. 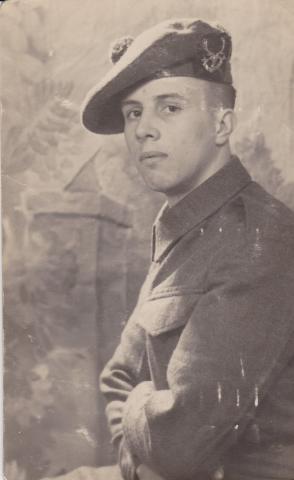