Alexander Sutton was born in Liverpool in November 1923 and was educated at Leamington Road School. In 1939 he joined the Air Cadet Force and later the Home Guard.

He attended RAF Ringway for parachute training on course 25, which ran from 31 August to 8 September 1942, this included the third intake of men from the Royal Welch. The three intakes totalled 526 men of whom 461 (88%) passed, including Alexander Sutton. Of the remainder there was one fatal accident, 29 refusals (6%) and 35 injured (17 seriously).

He was demobbed in February 1946 after serving with 6th (Royal Welch) Parachute Battalion from North Africa through to Palestine and reaching the rank of Colour Sergeant.

In 2010 Alexander Sutton was awarded the Légion d’Honneur, for his part in Operation Dragoon by French President Nicolas Sarkozy, at the Royal Hospital, Chelsea.

This profile is under construction. 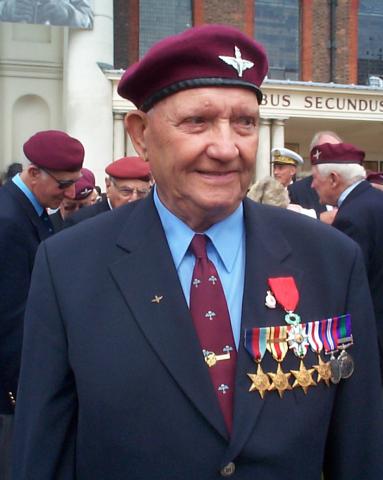