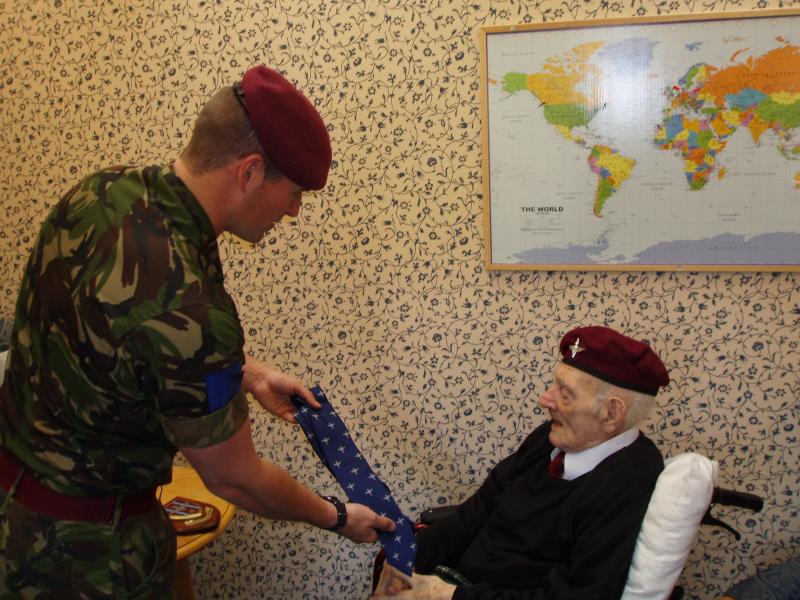 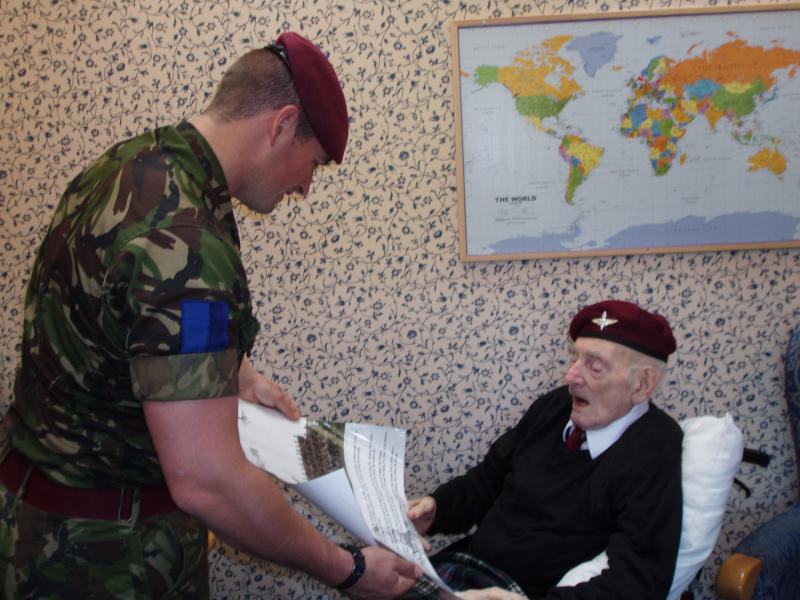 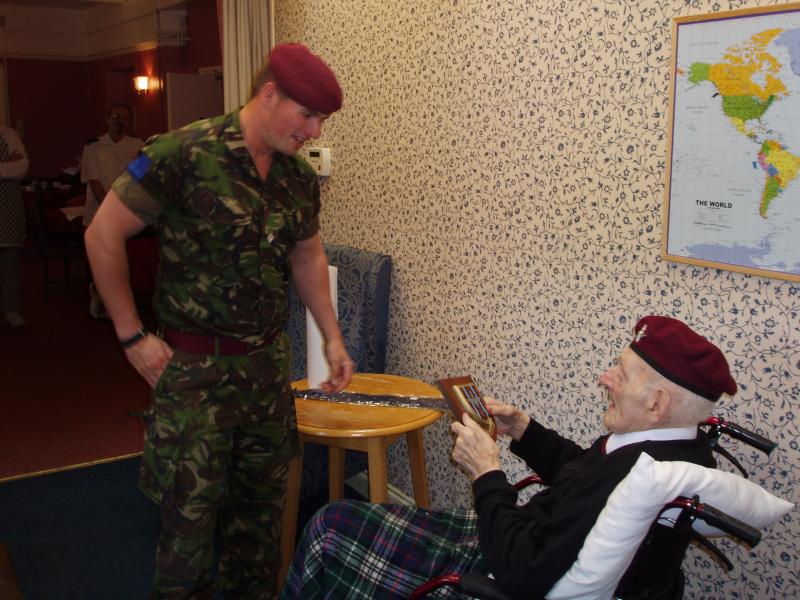 Photographs of Lt Max Shackleton, a Platoon Commander with C (Bruneval) Company, presenting a company photograph, battalion plaque and tie to Major John Timothy MC, as a mark of respect for his wartime service.

John Timothy was the Rodney Section Commander on the Bruneval Raid in February 1942, and went onto serve as a Company Commander at Arnhem. He is one of the most decorated members of The Parachute Regiment and was awarded three Military Crosses for acts of gallantry during World War II.