Max Shackleton served with The Royal Marines Reserves and 45 Commando Royal Marines, with whom he deployed to Afghanistan on Op Herrick IX, prior to attendance at The Royal Military Academy Sandhurst as an Officer Cadet.

He was commissioned into The Parachute Regiment on 18 December 2010, and initially served as a Platoon Commander with C (Bruneval) Company, 2nd Battalion. 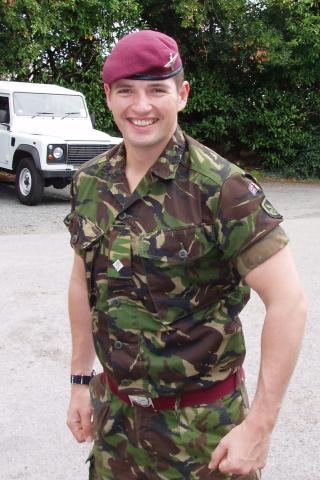