As a Sapper in 591 Parachute Squadron Royal Engineers, he took part in the crossing of the Rhine (Op Varsity) on 24 March 1945, and the March to Wismar which followed until May 1945. After a brief period with 286 Airborne Field Park Company RE, he joined 3 Airborne Squadron and served in the Far East, and finally Palestine until 1947.

From 1949, he retained to the regular Royal Engineers, with whom he remained for his entire career. During his career he was deployed to Germany, Malaya, Sharjah and at home in the UK, gaining a commission on 20 January 1966. He retired with the rank of Major on 1 November 1979. 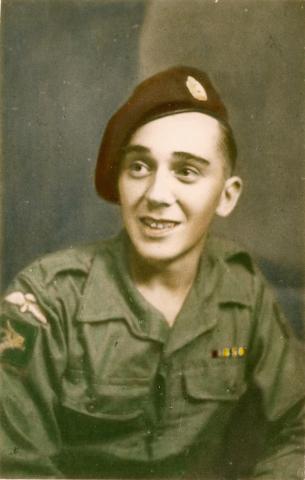