591 Independent Field Squadron RE (V) is able to trace its history as far back as 1854 to the Royal Antrim Militia, which was formed to man the coastal defences of Belfast Lough. It was mobilised from 1854 to 1856 for the Crimean War and  again for the Boer War, between 1899 and 1901. It was finally transferred to the Special Reserve at the start of the century.

In 1937 the Antrim Fortress Company RE (TA) formed.  It was one of the first Territorial Army units established in Northern Ireland and in 1940 converted to become Antrim Field Company RE. Early in 1941 it was redesignated as 591 (Antrim) Field Company RE.

As part of 2 Corps, 591 (Antrim) Field Company RE moved to Halifax in January 1941, and then to Ely.  It then went to Woodbridge and became part of 54 Division.  In May 1943 the company converted to a parachute role and joined 6 Airborne Division as 591 (Antrim) Parachute Squadron RE.

A little under half of the men in the redesignated squadron were from the original unit. The rest was made up of men who had volunteered from 249 Coy, 286 Coy and fresh intake.

591 (Antrim) Parachute Squadron RE was one of the first to land in France in 1944.  Shortly after midnight on 6 June, 1 and 3 Troops were dropped east of the Orne bridge to clear an area for gliders of 6 Airborne Division due to land at 0330 hours.  This task was successfully completed and the troops cleared mines, reconnoitered routes and laid a minefield to strengthen the Ranville position.  Meanwhile 2 Troop formed part of the force that was dropped on the heavy gun battery at Merville.  Although few sappers reached the target due to inaccurate dropping, the force eventually neutralized the guns.  The remaining sappers joined and fought with other units until they could rejoin their squadron.  The squadron stayed in France until August 1944, and then returned to Bulford.

In December the squadron moved back to France to help counter the German offensive in the Ardennes.  By February 1945, the squadron was back in England having spent a short period in Holland on the way.  Its stay in England was short-lived.  On 24 March, as part of Operation Varsity, it took part in the Rhine crossing followed by a rapid advance to Wirmar on the Baltic Coast, which it reached on 2 May 1945.

During May it moved to Norway via England to clear mines, assisted by a German labour force.

The squadron finally returned to England in early 1946 where it was demobilized and placed in suspended animation on 15 March 1946.

The squadron was re-constituted in 1947 in two Nissen huts at Girdwood Park, Belfast, and in 1950 was renamed 591 (Antrim) Independent Field Squadon RE (TA) as part of 107 (Ulster) Infantry Brigade (TA).

In 1966 the sqn was yet again placed in suspended animation.

Between 1967 and 1993, 74 (Antrim Artillery) Engineer Regiment RE (V) went through several transformations before becoming 74 (Antrim Artillery) Independent Field Squadron RE (V) in 1993, at which point it was relocated to Bangor. It remained there until the squadron was disbanded in Mar 1999 under the Strategic Defence Review (SDR).

Based on an MoD Article. 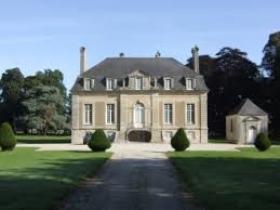 INVESTIGATION INTO THE MASSACRE OF EIGHT BRITISH PARATROOPERS ON THE 5/6TH JUNE 1944 IN THE GROUNDS OF CHATEAU DE GRANGUES, NORMANDY, by GIL BOYD BEM