Norman Edgar Knight was the son of Robert Henry and Ethel Knight, of Marylebone, London.

He volunteered for service with The Parachute Regiment towards the end of World War II and qualified as a military parachutist shortly after his eighteenth birthday on Course 163 which ran at RAF Ringway in May 1945.

Pte Knight later served with the 5th Parachute Battalion in Palestine and was killed when members of the Stern Gang launched an attack on the guard of a Divisional Car Park in Tel Aviv. (See account below.) 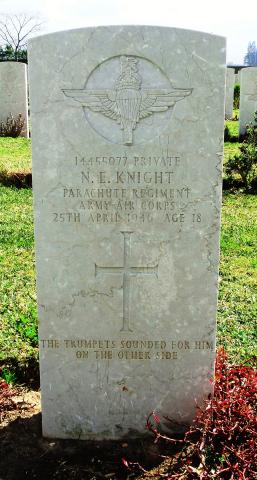