Lt Col ‘Larry’ Orpen Smellie was one of the county’s leading rifle shots, and represented at international level for over forty years. He is regarded as one of the finest all round shots produced by any of the British Armed Forces since 1945.

He was commissioned into The Essex Regiment in December 1949. Following a tour with 1 PARA, he joined The Parachute Regiment’s newly formed permanent officer cadre in 1958.

During an Army career spanning 30 years he held a number of posts in The Parachute Regiment at Depot, 1 PARA and 3 PARA, latterly as battalion 2i/c. He deployed on operations to British Guiana, Cyprus and Northern Ireland.

‘Larry’ was promoted Lieutenant-Colonel in 1977 and posted chief instructor of the small arms wing of the School of Infantry. He was appointed an OBE in 1980 for his services to military shooting.

Lieutenant-Colonel Larry Orpen-Smellie, who has died aged 72, was one of the country's leading rifle shots; indeed, he put shooting so high on his list of priorities that it may have cost him the c 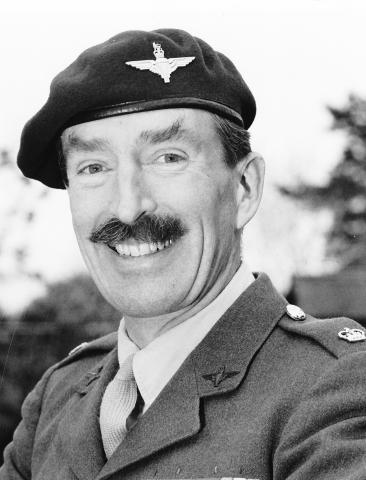