Ken missed out on the Suez crisis, because of his Headquarters posting, and after demobilization was placed on A reserve for four years. In 1955 Ken earned his marksmanship status on the Bren Gun, and was promoted to Lance Corporal.

He was lucky enough to see how our Army officers are trained at The Royal Military Academy, Sandhurst, when he was batman to Brigadier Gordon at the academy. While with 2 PARA Ken was also a member of its boxing team.

In 1961 Ken joined 16 independent Pathfinders Company, based in Lincoln. While serving with 16 Company, Ken continued with his boxing, and was part of 16 Company boxing team.

Just after joining 16 Company he was fortunate enough to go on an exercise in Malaya, in the Far East. Ken, like many of his airborne brothers, is a very proud member of this former Pathfinder Company, which was to lose its independent status in the 1970s. (16 Company eventually became a detachment, and moved to Nottingham in the early 1990s, as a sniper and reconnaissance platoon. After further cuts the title completely disappeared.)

Ken left 16 Company in 1969. Around 1989 he joined the Nottingham branch of the Parachute Regimental Association, then based at Wigman Road in Bilborough, Nottingham, and has been with the branch ever since. He served as a standard bearer for nine years, and still holds the reserve standard bearer position, as well holding the new position of Charities and Events co-coordinator. 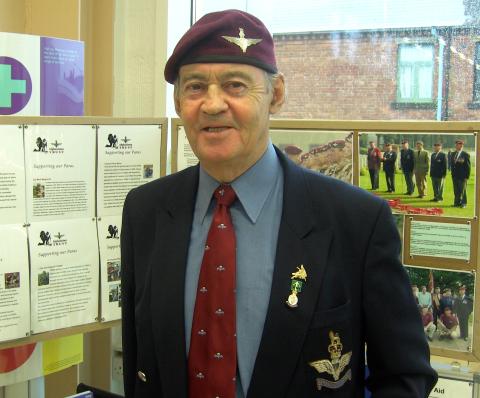