John trained on parachute course number 26 at RAF Ringway, which ran from 7th to 12th September 1942, then joined the 5th Para (Scottish) .  He was made up to Sergeant on 28/1/43 and served on active service in North Africa the following April.  He then joined the Italian campaign alongside the New Zealanders and  took part in the battle for Monte Cassino.  A keen sportsman, he represented his Division at rugby.  From 21/10/45 to 30/4/46 he served in Palestine until his demob on 30/7/46.

In civilian life he worked as a mechanical engineer mainly at AWRE Aldermaston.  He was married with one son. 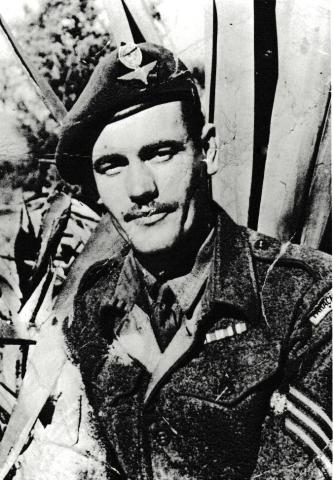