After initially being posted to the Holding Wing, Pte Farquharson served with B Company, 5th (Scottish) Parachute in Italy, South of France and on Operation Manna, Greece as was part of the Athens occupation force.

Pte Farquharson was killed on 18 December 1944 and is now buried in Phaleron War Cemetery, Greece. 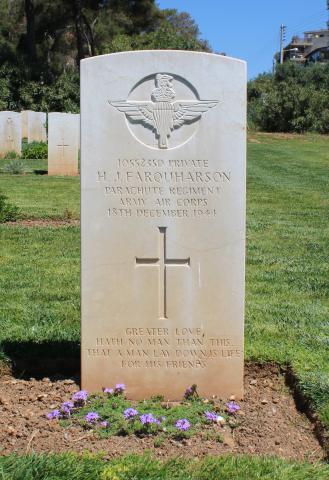