George Arthur Paull, who was born in Dorset, volunteered for the Army on the outbreak of the war and served in the ranks of the Royal Artillery.

He was later recommended to become an officer and granted an emergency commission in the Royal Regiment of Artillery on 27 March 1943.

Paull was promoted to War Substantive Lieutenant on 27 September 1943, while commanding a troop of anti-tank guns in southern Italy, having previously survived the sinking of HMS Abdiel in Taranto harbour on 9/10 September 1943. He left Italy in December 1943, with the rest of the 1st Airborne Division, bound for the United Kingdom.

On Monday, 18 September 1944, he took off from RAF Tarrant Rushton in Dorset, aboard a Hamilcar glider, carrying a 17 pounder a-tank gun, Morris towing vehicle and crew, bound for LZ Z in Holland as part of Operation Market-Garden.

He later recalled:
‘I was appointed Troop Commander of X-Troop before the Battle of Arnhem with the rank of Lieutenant having been with 2nd Airlanding Anti-Tank Battery in North Africa, Sicily and Italy. We returned to England in 1944 in preparation for the invasion of Europe including of course, Arnhem. My troop consisted of 4 x 17 pounder anti tank guns. Prior to the Operation taking place, I was ordered to join 156 Battalion, with 4 Parachute Brigade.’

During Operation Market Garden, Lieutenant Paull saw continuous action in and around Wolfheze and Osterbeek from 18 to 25 September 1944, when his particular position was overrun and he was captured. He was later awarded a Mention In Despatches for his actions in the battle, which was announced in the London Gazette in 1948.

He escaped soon after capture, but was recaptured; however, not before long, he escaped for a second time and was able to take shelter with a Dutch family. He left the house against their wishes on realising that a house to house search was in progress, fearing for the Dutch family's safety.

Lt Paull was finally recaptured, while attempting to hide in a nearby wood and eventually taken to Oflag 79 near Brunswick, where he remained until the camp was liberated by American Forces in April 1945.

He was promoted to Temporary Captain, prior to demobilisation from the regular Army, and worked in the Claims Commission at the War Office.

After the war, he served with the Territorial Army (TA), in the Royal Army Service Corps. Promoted to Captain in 1950, and then Major in 1952, Paull eventually commanded a TA unit at Weymouth, in his native Dorset, until retirement from the Active List on 4 January 1956.

‘An unpleasant incident.’ ‘I wonder if there is any record of the following incident, I would be interested to know if there are any members who were involved.

Mention In Despatches citation for Lt G A Paull, July 1948. 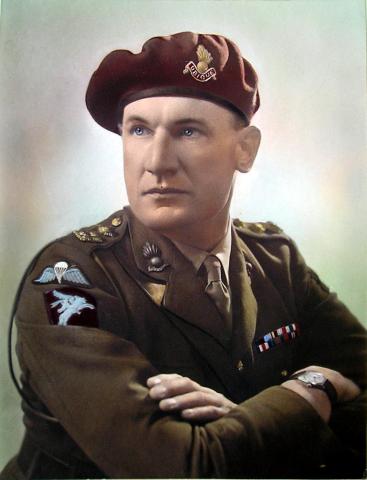