Geoffrey Douglas Hill was born in 1924 in Watford, Hertfordshire.

He enlisted in the Royal Armoured Corps and was deployed in North Africa. He volunteered for airborne forces and undertook parachute training course 66 at RAF Ringway from 25 May to 4 June 1943.

After successful completion of his parachute training, he joined 3rd Battalion Intelligence section as a Lance Corporal and participated in the Italian Campaign.

He came back to UK in December 1943 and was stationed in Spalding with his unit. He didn't participate in the Arnhem operations but continued with 3rd Battalion after the war and was posted to Palestine between Oct 1945 and May 1946. He was a Corporal by then and shortly after was appointed Lance-Sergeant before leaving the Army.

He then went back to Watford working in the printing industry.

Compiled with the kind assistance of Wendy George and Nigel Lutt. 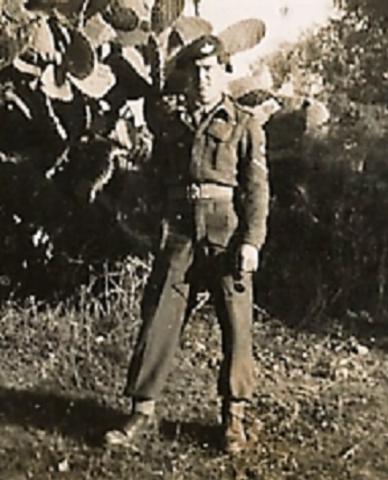