Albert Edward Gordon was born in Upton Park, London in 1902.

After being educated in East Ham, he enlisted into the Territorial Army on 13th October 1938 in Leigh on Sea, Essex. He was called up in September 1939 to serve on the battery at Shoeburyness on the Thames Estuary.

His first posting abroad was to Norway before it was occupied by the enemy and then to Gibraltar. He served at both stations as regimental cook i/c cookhouse.

Bombardier Gordon returned to Woolwich and guarded Italian POWs which he did not like doing and told the orderly room clerk he would take the first posting available.

Churchill had authorised the formation of  21st Independent Company (Pathfinders) led by Major John Lander and Sergeant Gordon was accepted as cook. Although he had been transferred to Army Catering Corps on its formation, he only wore Parachute Regiment badges and maroon beret. It was noted that he was "Probably the best army cook most, if not all of the company had ever known. He took a real pride in providing the best and trained his cooks to work accordingly"

He served with the company in North Africa (Op Torch), Italy, Arnhem (Op Market Garden) when he was in the seaborne echelon and Norway (Op Doomsday).

At the surrender of Germany the 21st were part of the force liberating Norway (Op Doomsday). He was known throughout the 21st by another name as well, he took part in the Company's variety shows doing magic. This earned him the name of 'The Great Gordini'.

After being discharged at the end of the war he retrained as a joiner, working in Brighton and London and retired at the age of 66.

His younger son F/O Keith Gordon died when his Shackleton ditched on a NATO exercise in 1967.

With information supplied by Ted Gordon 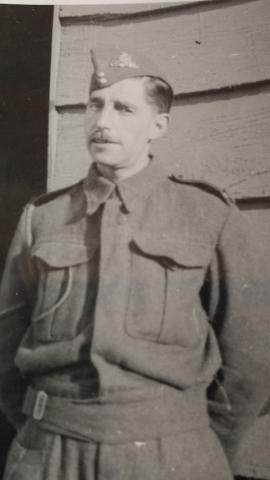