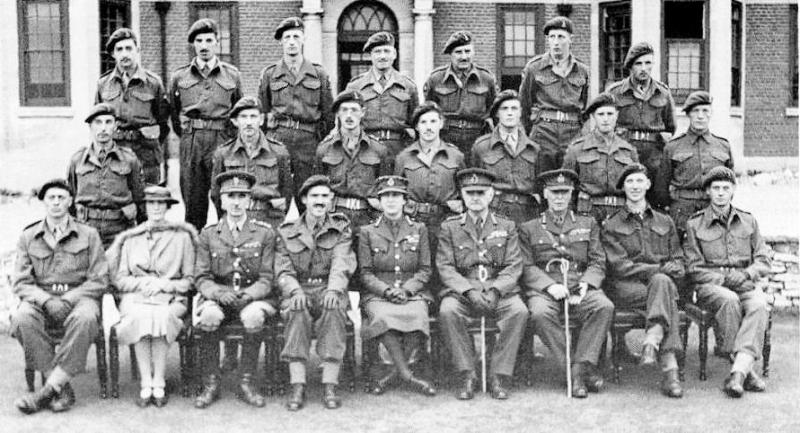 Officers of 6th Airborne Divisional Signals with the Princess Royal, taken at Bulford Camp in September 1943.