Norman Bradshaw was granted an emergency commission with the Royal Signals in March 1943 and volunteered for airborne forces shortly after, joining 6th Airborne Divisional Signals as Cypher Officer.

He qualified as a military parachutist after attending course 114, which ran at RAF Ringway in May 1944.

Norman Bradshaw was severely injured during Operation Varsity in March 1945 when his glider was shot down. Only a few personnel survived the crash.

He spent approximately 2 years in hospital after that and was fortunately saved from losing his life and any limbs due to the 'new' medicine, penicillin.

Norman Bradshaw relinquished his commission, on account of his wounds, in November 1946 but went on to lead a long and succesful life until his death in 2001.

Compiled with the kind assistance of Mike Bradshaw 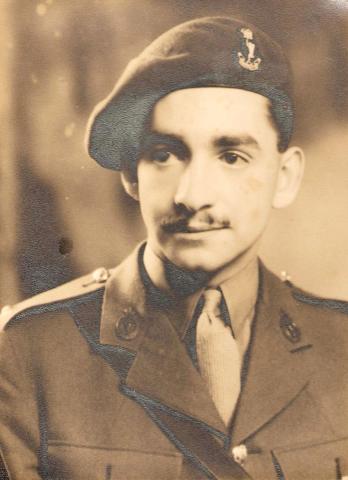