Lt John Timothy with a US paratrooper from 2nd/503rd and mascot, September 1942 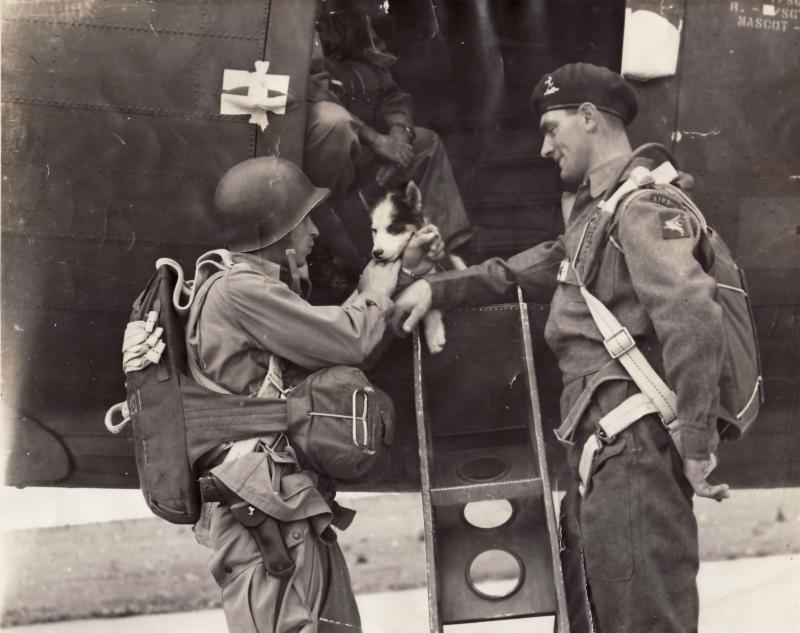 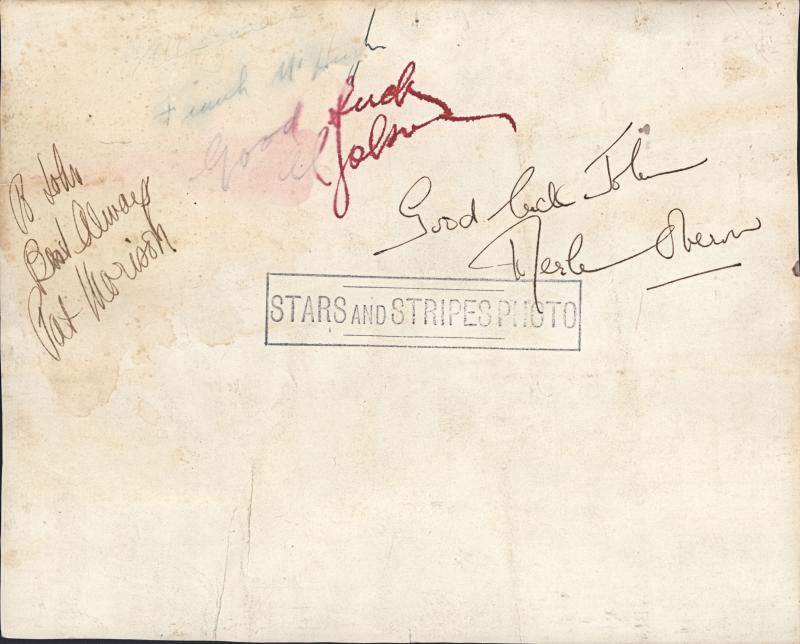 Editor's Note: This photo was taken while John Timothy was a liaison officer with the 2nd Battalion/503rd Parachute Infantry Regiment, which was the first American airborne unit to arrive in the UK during World War II. Tim was the unit's second liaison officer. The photo was taken around the time Tim was awarded his American jump wings. The mascot was possibly named Smokey.

The photograph was originally taken for Stars and Stripes, the newspaper for the US Military.

The reverse of this photograph was signed by five famous celebrities of the day who conducted a USO tour in Great Britain in the second half of 1942. Al Jolson was supported by  Patricia Morison, Merle Oberon, Frank McHugh and Allen Jenkins. Unfortunately a liquid spillage has affected some of these signatures.