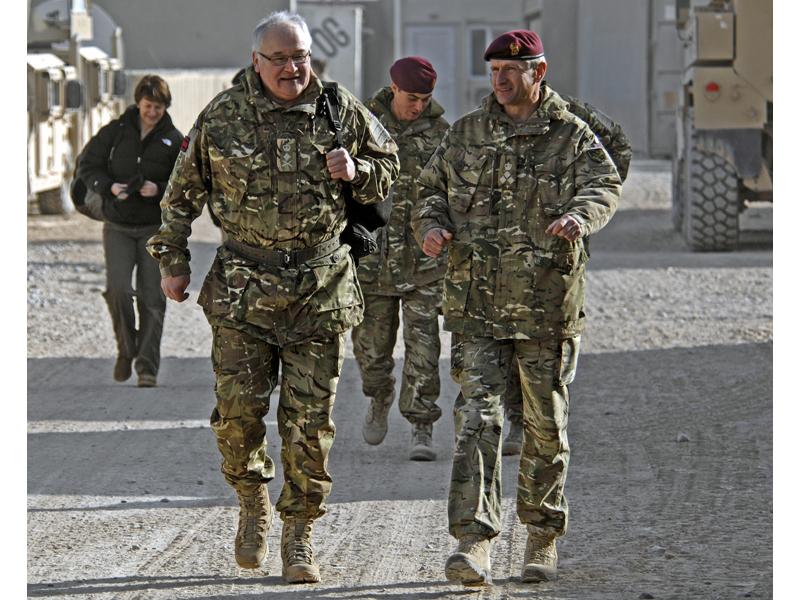 The Chief of the General Staff, General Sir Peter Wall, paid a pre-Christmas visit to British troops serving in Afghanistan’s Helmand province, 24th December 2010. He met with the Commander of British forces there, the Commander Task Force Helmand Brigadier James Chiswell, who gave him an update on the progress in delivering security to the area and developing their partners from the Afghan National Army and Afghan National Police.

The General then met members of 3rd Battalion The Parachute Regiment, and their Afghan National Army partners, in Patrol Base Shahzad, located in the Nad 'Ali district of Helmand.