'Browning's Talk to the Men of Arnhem', Evening News, December 1944. 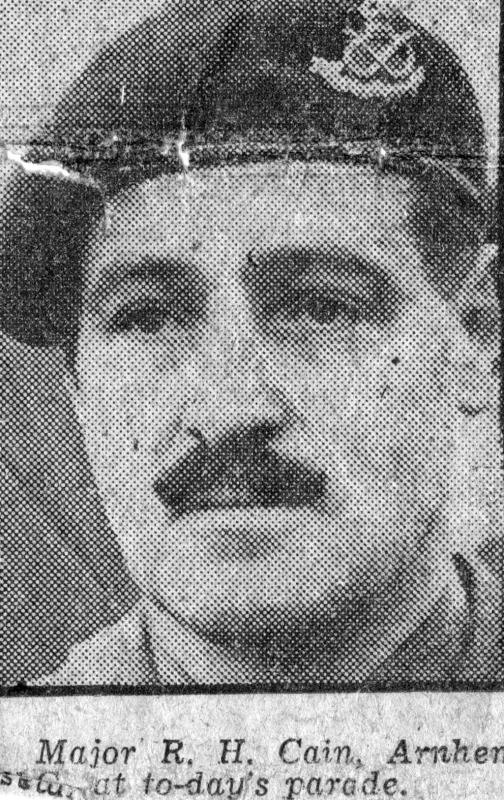 On Wednesday 6 December 1944 around 400 ‘Men of Arnhem’ paraded through London to Buckingham Palace, where they were inspected by the King.

During the investiture approximately 60 received decorations including Major R H Cain who was awarded The Victoria Cross (VC). Major Cain was only surviving recipient of the VCs awarded for Operation Market Garden.