William Francis Roberts, son of William Roberts from Bootle Liverpool enlisted into the Territorial Army in May 1938 and served with the 7th Battalion, King's Regiment (Liverpool) and then The 40th (The King's) Royal Tank Regiment (40 RTR). He was released in September 1939.

He worked as a Fitter/Erector and married in 1940. In 1943 and now a father of two sons ‘Bill’ Roberts re-enlisted into King's Regiment (Liverpool).

Private Roberts volunteered for airborne forces and was posted to 1st Battalion The Border Regiment which was part of the British 1st Airborne Division.

On 17 September 1944 Private Roberts by glider with 1st Battalion The Border Regiment on Operation Market Garden to Arnhem. He later managed to return across the river and was flown back to Britain on 28 September 1944.

In May 1945 Pte Roberts along with the 1st Airborne Division flew to Norway to oversee the German surrender.

After the end of his airborne career Pte Roberts served in Germany with the British Army of the Rhine (BAOR) and the Central Mediterranean Force (CMF) in 1946.

Pte Roberts was demobbed in May 1947. 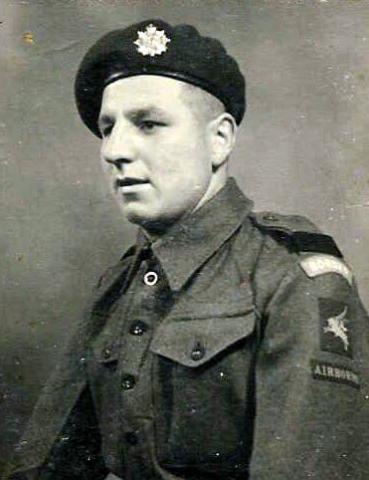