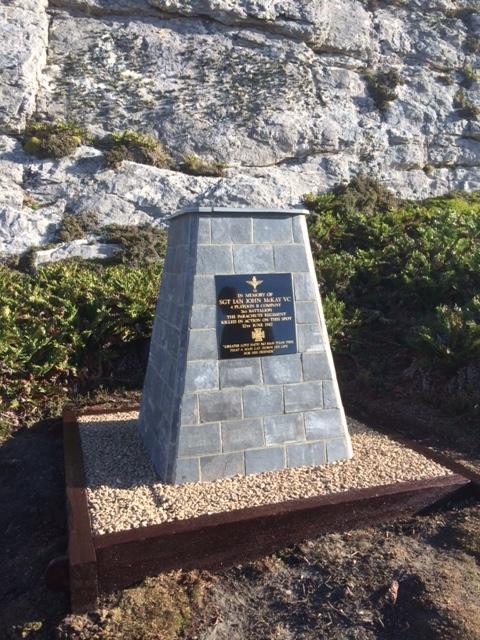 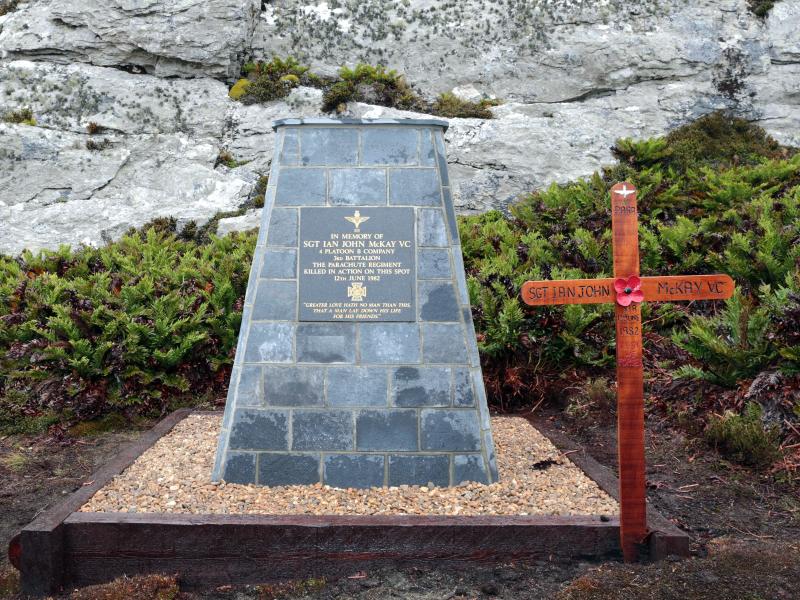 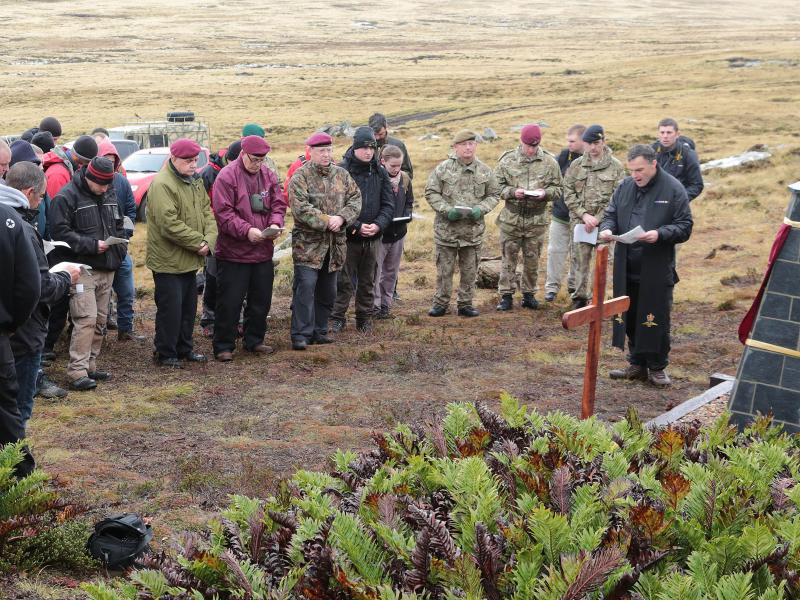 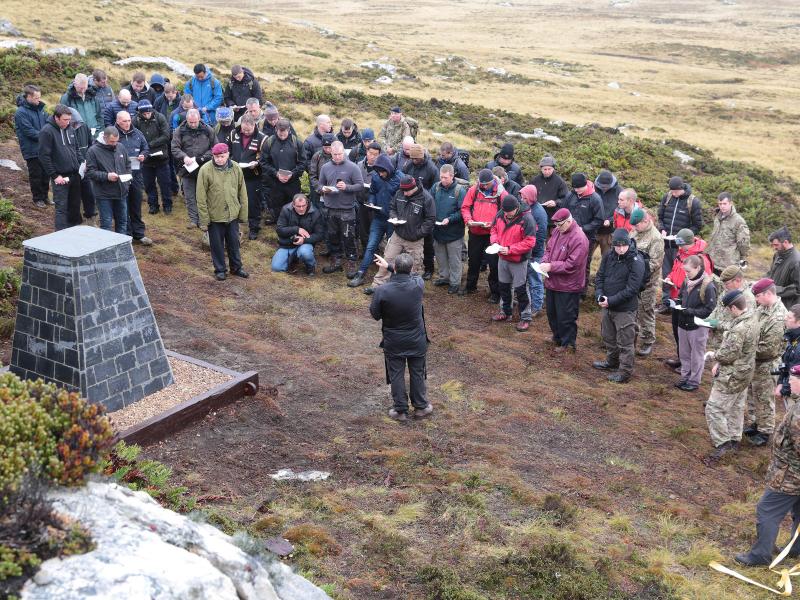 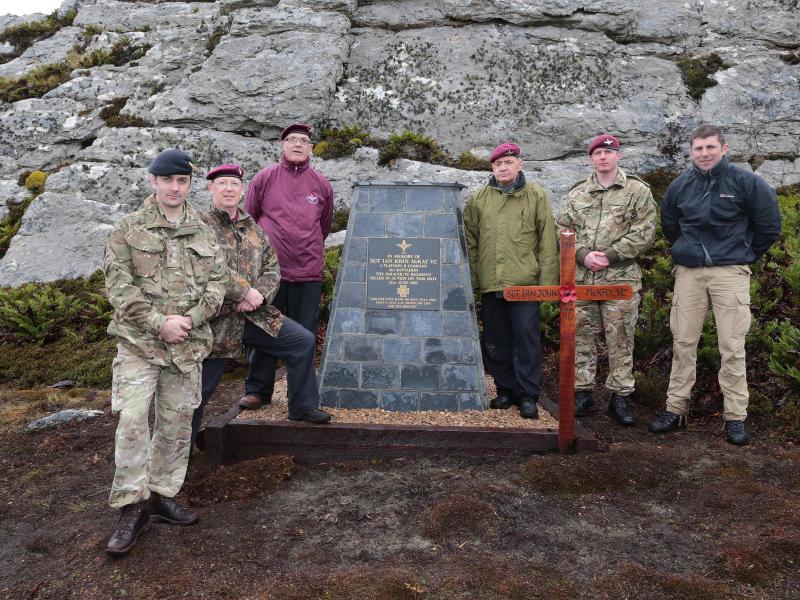 In March 2015, three veterans from 3 PARA unveiled a new memorial to Sgt Ian McKay VC on Mount Longdon. The memorial was designed to provide a fitting tribute to the courage and dedication of Sgt McKay and all the members of 3 PARA who fought so fiercely on the night of 11/12 June 1982.

Veterans James O’Connell, John Kennedy and Roger James, accompanied by Major Matt Clamp (RHQ PARA), travelled to The Falkland Islands to dedicate the memorial. During an emotional pilgrimage, particularly so for John Kennedy and Roger James who were returning to the Islands for the first time, the group visited several sites around the Islands including Goose Green and Darwin, Port San Carlos, Teal Inlet, and Estancia House. Time was also found to enjoy the local hospitality (and one or two beers) in Port Stanley, with the veterans being superbly hosted throughout.

On 23 March, the veterans led by James O’Connell, delivered a very personal and poignant account of the battle to a large crowd of both serving personnel and Falkland Islanders. Particular attention was paid to the events leading up to the death of Sgt McKay, with Roger James relaying his first-hand account of what happened moments before Sgt McKay carried out his courageous, and ultimately fatal, assault.

Padre Stewart Shaw led a moving memorial service, culminating in the memorial unveiling by the three veterans. The construction of this fitting reminder, including all materials, was generously made possible by Falklands based Southern Pole Services for a mere £1. Their hard work and generosity was greatly appreciated by the veterans, and served as a reminder of just how grateful the Falkland Islanders are for the sacrifices made by those that fought there in 1982.