Thomas Godfrey Vaughan Stephenson was born on 16 December 1912 and was commissioned as a Second Lieutenant in the Royal Corps of Signals on 1 September 1932.

He was promoted to full Lieutenant on 1 September 1935 and was an Acting Captain at the outbreak of War. Between June 1940 and September 1941 he served as a General Staff Officer 3rd Grade (GSO III) at the War Office.

After promotion to Major in September 1941 he was appointed as a GSO II at the War Office. In February 1944 he was posted to command the 1st Airborne Divisional Signals after he had been promoted to Acting Lieutenant Colonel in January 1944.

He was serving as the Commanding Officer of the 1st Airborne Divisional Signals on ‘Operation Market-Garden’ and flew in a Horsa glider, from RAF Fairford to LZ ‘Z’ on Sunday, 17 September 1944 and landed safely. After initially setting up with Divisional Headquarters on the edge of the Landing Zone, they were forced by enemy patrols to move back into the gliders on the LZ.

The next day they moved towards Oosterbeek and by 19 September were set up in the Hartenstein Hotel, where they remained until the withdrawal on the night of 25/26 September 1944.

After Arnhem, Lieutenant-Colonel Stephenson received an OBE. His citation reads:

This officer has commanded the Divisional Signals since 12th January 1944. His work in training and preparing his unit before the commencement of operations was first class. As a result of his energy, a high standard was reached and the efficiency of the unit was well tested in the operations at Arnhem from the 17th to 25th September 1944. Throughout this battle Lieutenant-Colonel Stephenson displayed drive and initiative and he spared no effort to maintain communications by all available means. There is no doubt that the work produced by this officer is deserving of the highest praise.

For operations in Norway after the War, Stephenson was awarded the Olav Medal.

As Officer Commanding the Divisional Signals, this Officer was responsible for all military communications in Norway and for the wireless link to UK. He had to deal with personnel of many nationalities and the smooth working of these communications was in no small part due to the hard work and enthusiasm of this Officer.

After the war he was appointed General Staff Officer 1st grade (GOS1) at GHS (I) in India until 1 May 1946. He then moved to the Canadian Army Staff College until 16 December 1948, when he moved to GHQ NAG. On 14 July 1955 GSO1 Stephenson moved to the War Office. 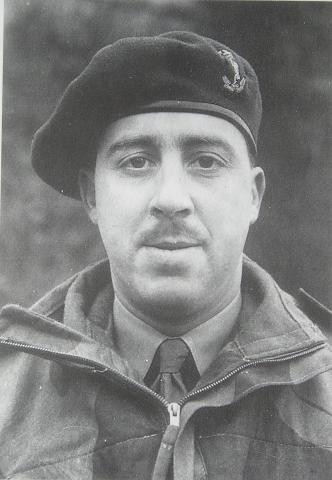