Robert Burrell Frederick Kinglake Goldsmith was commissioned into the Duke of Cornwall's Light Infantry in 1927.

He served on three occasions with airborne forces during World War II, latterly as Deputy Chief of Staff of the 1st Allied Airborne Army.

Goldsmith also served as General Staff Officer (Grade 1) Operations with 1st Airborne Division during the Sicily and Italy campaigns, for which he was later Mentioned in Despatches and recommended for an OBE (see Medal Citation).

Although this recommendation was not endorsed, he was later awarded the US Legion of Merit (Degree of Commander) in June 1945. He was also made a Commander of the Order of the British Empire (CBE) in 1952 and a Companion of the Bath (CB) in 1955.

Goldsmith rose to the rank of Major General and finished his Army career as General Officer Commanding Catterick Area, retiring in 1962.

This is the story, as far as it can be told at present, of the private war carried out by the 1st Airborne Division from its landing at TARANTO on the 9th September until the war became organized u

Major General Robert Goldsmith, who has died aged 87, was Deputy Chief of Staff, 1st Allied Airborne Army, in the closing stages of the Second World War and Chief of Staff, British troops in Egypt, 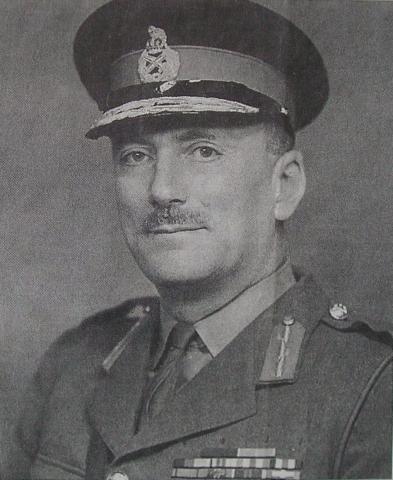