Reg Curtis enlisted into the Grenadier Guards and volunteered for airborne forces shortly after its formation in World War II, serving in L Troop, 11 SAS Battalion.

When 11 SAS was redesignated as the 1st Parachute Battalion in August 1941, on the formation of 1st Parachute Brigade, Reg was initially posted to Lt Bolitho's platoon in 'U' Company.

He was one of only eighty men (approximately) of the 1st Battalion who fought all the way through North Africa, Sicily, Italy to Arnhem.

Reg was wounded in the Klingalebeeksweg area in Arnhem at 1500 hours on Monday 18 September,while the remnants of the 1st Battalion attempted to link up with the 2nd Bn at the bridge.

He received medical treatment at De Tafelberg Hotel and then St Elizabeth Hospital, Arnhem, under the control of the Germans. From there he was transported to Apeldoorn and eventually held in captivity at Stalag IIB.

Reg has written Three books of his wartime experiences: 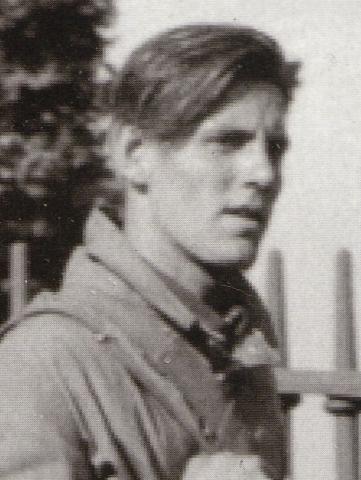