Ronald Dare Wilson was born on 3 August 1919 in Burnopfield, Co Durham. He read Economics at Cambridge before enlisting in the Royal Northumberland Fusiliers where he saw action in France, Haifa and Italy. For his actions in Holland in 1945 whilst commanding a raiding party near Nijmegen, T/Major Wilson was awarded the MC.

In 1960, Lieutenant Colonel Wilson assumed command of 22 SAS and developed the SAS’ High Altitude Low Opening (HALO) capacity through training with the Americans and French. He set a world record in freefall parachuting, jumping with a team from 34 000ft, and represented Britain in the World Parachute Championships.

Colonel Wilson was posted to BAOR and then to Aden where he was appointed Director of Army Aviation.

Brigadier Wilson was appointed CBE in 1968 and retired from the army in 1971 as Major General.

He returned to Cambridge University where he met his wife, Sarah, with whom he had two sons. He became Exmoor’s National Park Officer, and was a consultant to the European Federation of National Parks.

By Rebecca Blackburn with information supplied by Bob Hilton and The Telegraph. 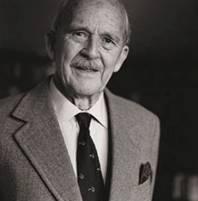