Philip Hugh Whitby Hicks was an officer in the British Army who fought with distinction in both World Wars, latterly with British airborne forces.

In the First World War he was awarded a Military Cross and twice Mentioned in Despatches.

He took command of the 2nd Battalion, The Royal Warwickshire Regiment, in precarious circumstances during the Battle for France in 1940, and managed to extricate most of the battalion through Dunkirk back to England. He was awarded a Distinguished Service Order (DSO) for his actions.

In April 1943 he was appointed to command the 1st Airlanding Brigade and took part in the Sicily landings later that year. Hicks's glider crash landed in the sea. Having swum to the shore, he gathered a force together and attacked a coastal artillery battery. Hicks was awarded a bar to his DSO.

Hicks also commanded 1st Airlanding Brigade at the Battle of Arnhem in September 1944, at the age of 49, and temporarily took command of the 1st Airborne Division, when Maj Gen Urquhart became cut off. His actions at Arnhem were recognised in 1945 when he was appointed as a Commander of the British Empire (CBE).

He retired from the Army in 1948 and was granted the honorary rank of Brigadier.

Hicks became a Regional Commissioner for the International Refugee Organization in Germany between 1948 and 1952, and later served on the board of the National Playing Fields Association in London between 1955 and 1961.

A letter to Col Barlow's wife from Brigadier Hicks, October 1944.

A biography of Brigadier Pip Hicks

Philip Hugh Whitby Hicks was born on 25 September 1895 in Warwick to Dr Philip Hicks and the novelist Beatrice Whitby. 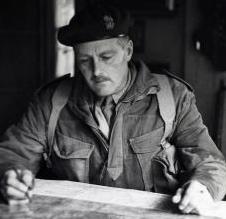