Lieutenant Philip Evert McIlvaine Mellor, was the son of Sir Frank Mellor KT BA LLB, and of Lady Mellor (nee Camac), of Kensington, London. He gained a BA from St John's College, Cambridge where he was awarded a College Blue for Association Football.

He enlisted into the Scots Guards on the outbreak of World War II and was selected for officer training. Mellor was admitted into the Royal Military College Sandhurst in January 1940 and granted an emergency commission with The Leicestershire Regiment in May 1940.

Later that year he volunteered for special service with airborne forces and joined No 2 (Parachute) Commando, which was later designated as 11 SAS Battalion and then 1st Parachute Battalion in 1941.

Although he only had one eye, he repeatedly proved that he was an outstanding and brave paratroop officer during the campaign in North Africa in 1942-43. As a result of at least four acts of bravery under enemy fire he was recommended for the DSO by his commanding officer, Lt Col Alistair Pearson.

An award of the Military Cross was confirmed in January 1943 by Lt Gen Anderson, Commander in Chief 1st British Army. Sadly, Mellor never collected his MC as he was killed shortly before the notice of the award was published in the London Gazette.

Mellor died during the assault to capture Djebel Mansour from German forces on 3 February 1943, two days before his 40th birthday. He is now commemorated on the Memorial at Medjez-el-Bab War Cemetery, Tunisia.

We waded out into the phosphorescent waters of Dunkirk where I and most of my half battery were picked up by a flotilla of launches which ferried us out to a Thames tug. 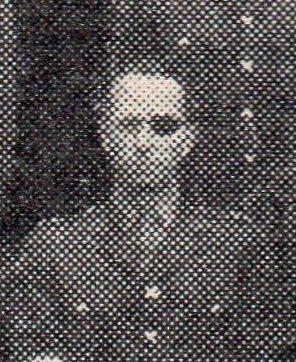