Major General Peter George Francis Young was commissioned into the Ox and Bucks Light Infantry in 1932. After joining airborne forces in 1941 he took part in the Sicily landings with the 1st Airborne Division.

He was the first commander of 44 Independent Parachute Brigade Group (V) and in recognition of his efforts he was awarded the CBE in 1958. The recommendation for his award recorded:

“Brigadier Young has commanded a parachute brigade for two and a half years. Just over a year ago the task of organising the new' 44 Independent Parachute Brigade Group (TA) out of the disbanded 16 Airborne Division fell to him. This task was fraught with the greatest difficulties since he had to build up a new formation from units spread throughout the length and breadth of the United Kingdom. He had to heal the wounds caused by the break-up of the division, avoid upsetting local feelings, circumvent the inevitable jealousies, and create new loyalties. The successful achievement of this task was due in no small measure to the hard work and personality of Brigadier Young. He has produced in a remarkably short time a formation with tremendous "Esprit de Corps" which creates an impression of efficiency and effectiveness that would normally only be expected from regular troops. In all ways the standards are extremely high, not least are the good recruiting figures that have been achieved.”

His first command as Major General was GOC Cyprus from 1962-64, when he was involved in the drawing up of a truce line between the warring Greek and Cypriot communities.

Maj Gen Young was made a Companion of the Order of the Bath (Military Division) in 1965.

His final appointment in the Army was as Director of Infantry, before retirement in 1968. 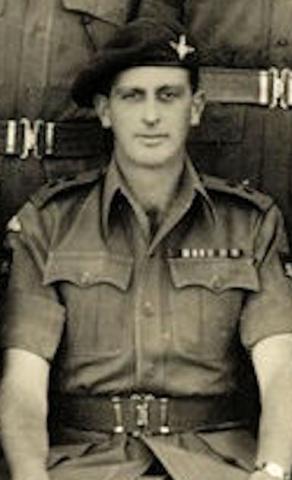