Major Peter Smurthwaite died on 19 May 2011 aged 83. He had a long, successful and varied career serving in different situations in many parts of the world.

In 1946 he joined the Coldstream Guards and became a guardsman in the Guards Pathfinder Company two years later. This was the beginning of the first of his three tours with the Company and apart from training in the UK and Germany, the Company operated in Cyprus and Egypt in 1951-52. In 1953 he returned to the Coldstream.

In 1956 L/Sgt Smurthwaite returned for his second tour with the Company and was promoted to Sergeant by the end of the year. The Company was posted to Cyprus, where the Greek Cypriot EOKA terrorists were active, and it began anti-terrorist operations. Shortly after this, the Company became heavily involved in Operation Musketeer to reclaim the Suez Canal.

The Company returned to Pirbright later in 1957 and Sgt Smurthwaite was awarded a Mention in Dispatches for his actions in Cyprus. He was then posted to the Guards Depot where he remained for three years before returning to the Company in 1963 as the CQMS.

In January 1964 a quick move to Cyprus took place, a return to the theatre of so many Company operations over the years, where fighting had broken out between the Greek and Turkish communities. After one month the Company was suddenly recalled to Pirbright. Its next task was to form an independent squadron to help 22 SAS who were operating in Borneo against Indonesia. Training in England was to be followed by jungle training in Malaya.

These sudden moves and changes in administration were successfully carried out with CQMS Smurthwaite playing a key part. The company subsequently became based in Sibu with patrols operating throughout the 3rd Division in Borneo. Resupply, which involved receiving airdrops and then despatching supplies to patrol LZs by helicopter, was the responsibility of CQMS Smurthwaite. It is an outstanding tribute to the CQMS that nothing ever went amiss. As a result of this success CQMS Smurthwaite was awarded a BEM (see citation) in 1965.

At the end of this, his third tour, he returned to the Coldstream and was posted to the 2nd Battalion which was operating in Aden. One day four men were unwise enough to throw a grenade at a landrover containing CSM Smurthwaite and three others. The four gave chase and caught the four men responsible who turned out to be important NLF terrorists.

G Squadron, 22 SAS, was formed in 1966 and he became the first Squadron Sergeant Major. After G Squadron he was promoted to become RSM of 23 SAS Regiment (V), and on 23 February 1970 was granted a Quartermaster’s commission, after 24 years and 12 days service in the ranks.

He subsequently served as Captain (QM) with both 22 SAS and 23 SAS and served as senior QM at HQ SAS, after promotion to Major on 19 February 1978.

He retired from the regular army on 20 March 1983 and took up a retired officers’ post in 22 SAS until full retirement in 1993.

Throughout his service and during his retirement he was a keen trout fisherman. His wife predeceased him and in his later life his daughter supported him through ill health.

C/Sgt Smurthwaite has been employed as the Quartermaster Sergeant of this Independent Unit during the past twelve months during which time the Company has completed two operational tours abroad. 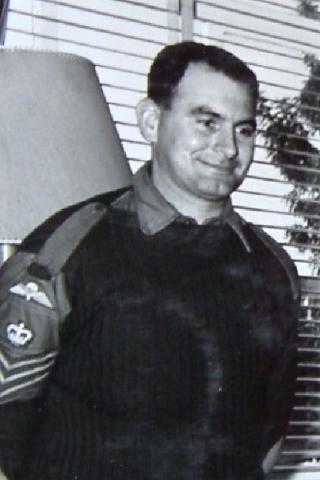