Patrick McNeilly  came from Coatbridge, Lanarkshire, and was one of a family of seven.

He completed his National Service in the Royal Navy. In 1952 he emigrated to Australia and enlisted for six years in the Australian Army where he saw action in the Malayan Emergency. Returning to Britain in 1958 he decided to make his career in The Parachute Regiment.

In 1964 he was promoted to Sergeant and after a spell as an instructor at Aldershot he was sent to Borneo as a member of C Company, 2 PARA. Shortly before his deployment he became engaged to Ann Morris, who was serving in the Women's Royal Air Force while he was based at Aldershot.

The men travelled as passengers in two Royal Navy helicopters, which were engaged in series of lifts of troops and stores in the area. The two helicopters, each piloted by a naval officer with one naval crewman took off from Long Jawi just before 18.00 hours, with two of the passengers travelling in one aircraft and the other three in the second.

The flight was without incident until about 18.30 hrs, some five minutes before they were due to land at Nanga Gaat. The aircraft had closed up and were flying in formation down the River Baleh at a height of about 200 feet when the rotor blades touched. The two aircraft immediately separated after the initial impact but the tail of one of them had been damaged and it spun out of control and again hit the other aircraft.

The accident was witnessed by a number of people at Nanga Gaat, and they immediately went by boat to the scene. Although they were able to rescue the petty officer there was no trace of any of the other occupants of the two aircraft. Diving teams were sent but were unable to dive owing to the swift flow of the river, which was swollen with heavy rain, and no further survivors were found.

Pat McNeilly’s body was later recovered on 28 April 1965, close to the scene of the accident.

Compiled with the assistance of Carrick Watson 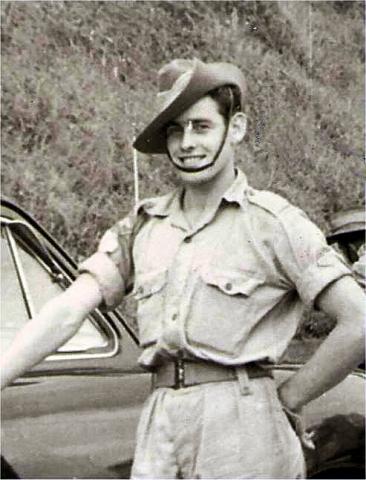 Carrick Watson said:
All the information and images were provided by the family of Sgt Patrick McNeilly.
Add your comment