Michael John Hately Walsh was born in Harrogate, educated at Sedbergh School, and joined the Army as a Rifleman in the Kings Royal Rifle Corps early in 1945. Following his commission he served with 1 KRRC in Northern Italy spending the bitter cold winter of 46/47 on platoon detachment in the hills that mark the border between Italy and Yugoslavia preventing Tito's partisans from seizing Trieste.

After a tour as an instructor at the Small Arms School he served with the Jungle Warfare School in Malaya for two years during the Emergency, following which he was posted to 2 KRRC as Signals Officer from where he applied for secondment to the Parachute Regiment.

On secondment he was posted to the 3rd Battalion The Parachute Regiment then in Aldershot but to be sent at the start of 1956 to Cyprus. As OC A Coy he was involved in nearly all the anti-terrorist operations in Cyprus and, in November of that year, the airborne assault by the Anglo-French Forces at Port Said.

After a year with the British Defence Staff in Australia he attended the Australian Army Staff College. This was followed by two years as Brigade Major of 44 TA Parachute Brigade and a further two years as a Company Commander and Parachute Regiment representative at the Royal Military Academy Sandhurst. Following the Joint Services Staff College he returned to regimental soldiering in 1964, once more as OC A Coy 3 Para, this time to serve in Bahrain and during the brief campaign in the Radfan Mountains of South Arabia. A short emergency tour in British Guiana, immediately before independence, brought this regimental tour to an end.

In 1966, after promotion to Brevet Lieutenant Colonel, he was posted to the Defence Planning Staff at the MOD. A year later he was appointed to command the 1st Battalion The Parachute Regiment, then stationed in Aldershot. A few months after his arrival 1 PARA were warned for an emergency tour to cover the final withdrawal of British Forces from Aden. For seven months 1 PARA Group were responsible for 'Area North', which they dominated from “Fort Walsh”, a disused building converted into a strong point, and other fortified bases in and around Sheikh Othman. During the final stages of the withdrawal the Battalion defended RAF Khormaksar and were the last army battalion to leave the former British Colony. All ranks distinguished themselves during this difficult operational tour for which Lieutenant Colonel Walsh was awarded the DSO.

Following a staff tour as Colonel AQ of the 1st Armoured Division in BAOR he was appointed to command 28th Commonwealth (later ANZUK) Brigade in Singapore. On return from the Far East he returned once more to Germany, this time in a joint appointment as Director of Intelligence for both Rhine Army and NATO's Northern Army Group. This were followed by promotion to Major General and to be GOC 3rd Division, then UK's Mobile Force. A year later General Walsh took his Headquarters and elements of his Division to Germany there to form the 3rd Armoured Division. After a final tour as Director of Army Training at the MOD, he retired from the Army in 1981 and was made a Companion of the Bath.

On retirement he was invited in 1982 to become the Chief Scout of the United Kingdom and Dependent Overseas Countries. He carried out this exciting task with young people for seven years after which he was appointed Director Overseas of St John Ambulance and promoted to be a Knight of the Order of St John (KStJ). He also served for 15 years on many committees of the Royal National Lifeboat Institution; he is now a Vice President of that Institution. For his services to the voluntary sector he was made a Commander of the British Empire (CBE Civil) in the 1986 Birthday Honours.

General Walsh was Honorary Colonel 1st Battalion The Wessex Regiment TA 1981-89, and for 25 years a member of the Regimental Committee of the Parachute Regiment. He also served for many years as a Deputy Lieutenant of Greater London.

Compiled for ParaData by Harvey Grenville, with grateful thanks to Gen Mike Walsh. 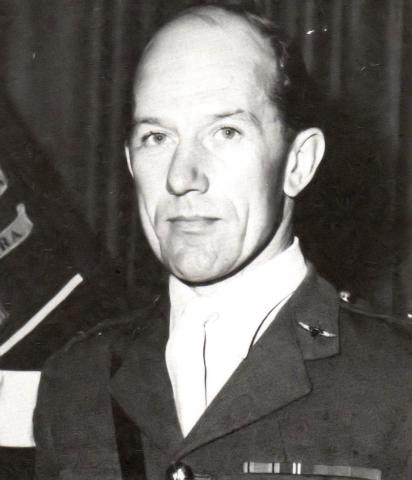 JOHN CHRISTOPHER KELLY said:
I was with 1 PARA when it went to Aden in 1967. Fort Walsh was an old Church of Scotland Mission Hospital. It still had some of the old equipment in situ when we moved in.
Add your comment