He was then posted to 1st Battalion, The parachute Regiment (1PARA) at Aldershot.

Private Roberts served with 2 Platoon (Pln), A Company (Coy) on his first tour of Northern Ireland in 1997 and went again in 1998.

Pte Roberts then joined 3 Pln, A Coy, as a machine gunner and went to Kosovo in 1999.

After an exercise in Jamaica he spent time with 1 PARA Military Transport (MT) and Quartermasters Stores QM.

Promoted in 2003, Lance Corporal Roberts then trained as a Combat Medical Technician in 2005.

He served in Northern Ireland again in 2005 with the Med Centre.

In 2007 prompted to Corporal. After training as a paramedic he went on active duty in Afghanistan in 2008.

In 2010 Corporal Roberts went to Belize on a Jungle Warfare Training Exercise with C Coy 1 PARA, before returning to Afghanistan in 2011.

2012 Cpl Roberts served with the Unit Welfare and went to the Regiment recruitment team in 2013. Sgt Roberts is currently Platoon Commander of the Regimental Recruiting Team (RRT) at Regimental Headquarters (RHQ) 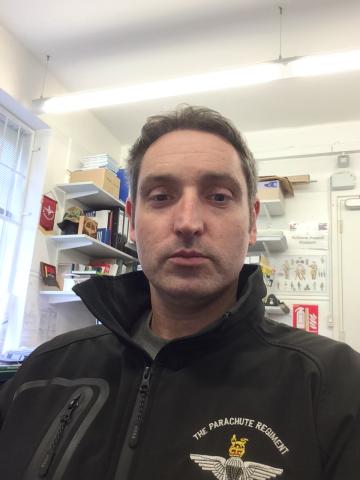