Sapper Lennox Tod Anderson, son of Robert and Elizabeth Anderson, of Edinburgh, originally enlisted in Royal Engineers, prior to transferring to Airborne Division where he served with 261 (Airborne) Field Park Company. He took part in the Battle of Arnhem, during Op Market Garden.

Sapper Anderson drowned whilst trying to cross the Lower Rhine during the evacuation of the 1st Airborne Division and died between 25-26 September 1944, aged 25 years old. His body was recovered from the Rhine at Amerongen in October 1944, and was then buried at Amerongen (Holleweg) General Cemetery, near Utrecht. 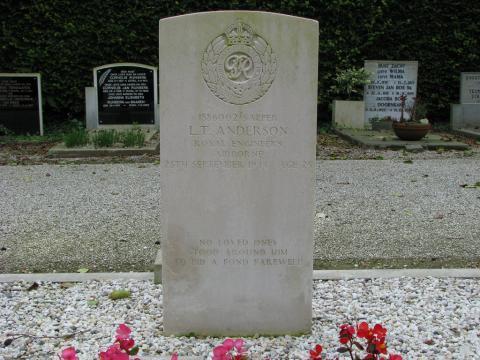