John Youell, son of Walter John and Maude Beatrice Youell, of Sparkhill, Birmingham, served with the Royal Engineers before volunteering for Airborne Forces in 1943.

He qualified as a military parachutist on course 80, which ran at RAF Ringway from 30 August to 9 September 1944 and was posted to The 591 (Antrim) Parachute Squadron, Royal Engineers. 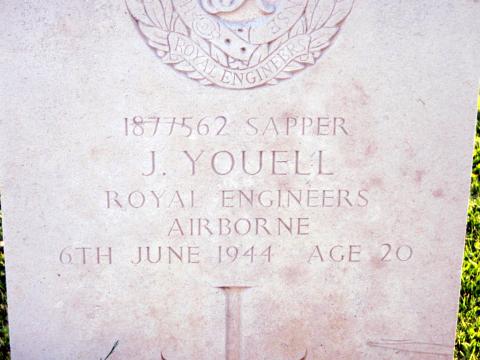