John Wagstaff was born in London at Haberdashers Askes School, where his father was headteacher.

Later, he studied medicine at Emmanuel College, Cambridge.  His clinical training was undertaken at London Hospital, from where he graduated in 1942 and was called up. He volunteered for airborne forces and completed Parachute Course 75, at RAF Ringway, in August 1943.

John joined 225 Parachute Field Ambulance and parachuted into Normandy attached to 7th (Light Infantry) Parachute Battalion.  His aircraft crossed the French coast at 0055 hours on 6 June 1944.  After heading to the RV and meeting with Capt Vaughan's team to arrange casualty care for the glider borne forces, John made his way to the Canal Bridge and established a Regimental Aid Post (RAP).  After several close encounters with German infantry and armoured vehicles the position was relocated at the end of the first day.

As the war progressed John took part in the Ardennes Campaign.  It was here that a patrol from the 22nd Independent Parachute Company entered a minefield.  One Para was severely injured along with a Corporal and 2 RAMC orderlies who had moved forward to help.  John entered the minefield and ordered nobody to follow him.  He approached the 4 wounded men and rendered first aid, staying with them until all the mines surrounding them had been cleared.

He later participated in Op Varsity and also served in Palestine, experiencing the attack on the King David Hotel.

After the war, John became a Consultant Physician in the Brighton and Hove area and retired to Durham in 1983.

He passed away on 24 June 2010, and was survived by 2 daughters and his wife, Elizabeth.

Compiled with the kind assistance of Colin Watson 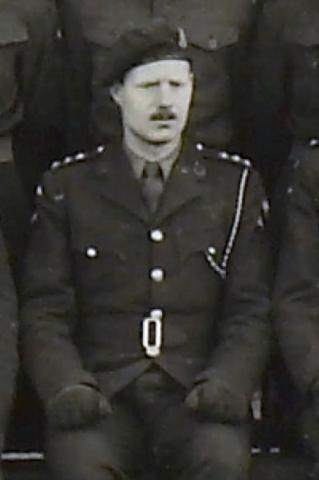