John Grindrod Ruddick was the son of James and Lucy Emmeline Ruddick, of Wigan, Lancashire; husband of Dorothy Jean Ruddick, he enlisted in the Territorial Army in early 1939 and was posted to the searchlight group on Orkney where he remained for the early part of the war. He was commissioned as artillery Lieutenant with the South Lancashire Regiment and volunteered for airborne forces.

He married Jean Stevenson, of Standish, near Wigan, in 1942. They had one child, John David Ruddick. Lt Ruddick had several home postings ending up in Northern Ireland. At some stage he successfully completed a parachute course at RAF Ringway and was transferred to 8th Battalion, The Parachute Regiment as a replacement for their losses following the ‘D’ day landings.

Lt Ruddick and his section were based in the hills east of Caen and after the capture of Caen they followed the retreating Germans down a main road, keeping close to the hedges on each side. A sniper shot the lead scout in the patrol on the other side of the road; he was injured in the ankle and threw himself into the ditch, feigning death. Lt Ruddick dashed across the road to try to help him, was shot in the head and died. The scout, Tony Leake, survived and many years later discovered what had happened when at a para’s reunion, and subsequently contacted Lt Ruddick’s widow, Lucy with additional information.

Lt Ruddick was killed in action on 20 August 1944, age 29, and was given a field burial near Dozule and was re-interred to Ranville War Cemetery, Calvados, France, on 4 June 1945.

If you are part of Lt Ruddick’s family and would like to complete this biography, you can apply to the curator to do so. To do this you will need to become a member of ParaData and select the 'friend or family member' option on the registration form. 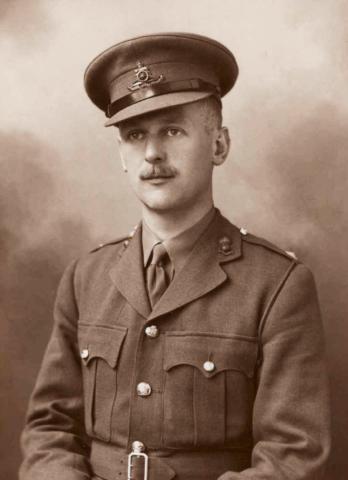