Corporal Cairncross was amongst those killed whilst a Prisoner of War on 24-5 November 1942, aged 22 years old. His body was dumped at sea and never recovered. Corporal Cairncross is now commemorated on the Memorial to the Missing at Brookwood Military Cemetery, near Pirbright, London. 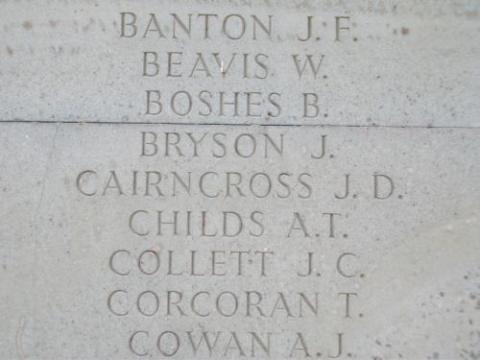