Memorial for Op Freshman situated at the village of Lysebotn at the end of the Lysefjord, Stavanger in Norway, 2013. 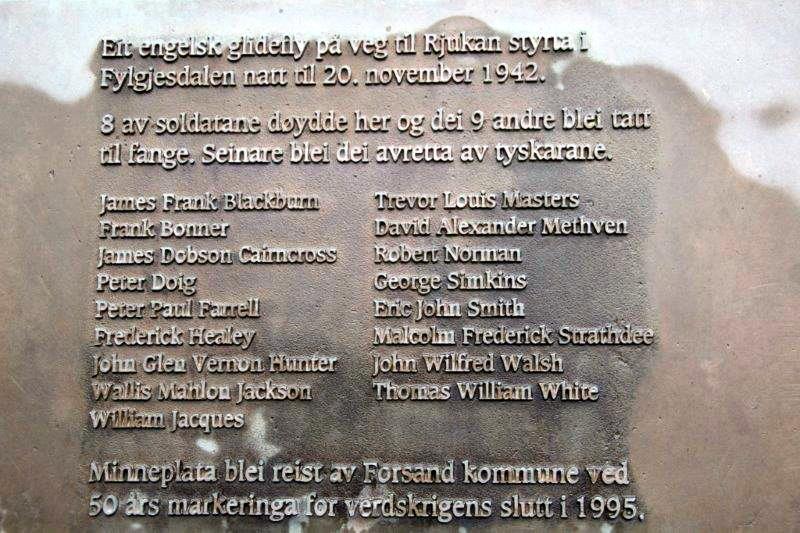 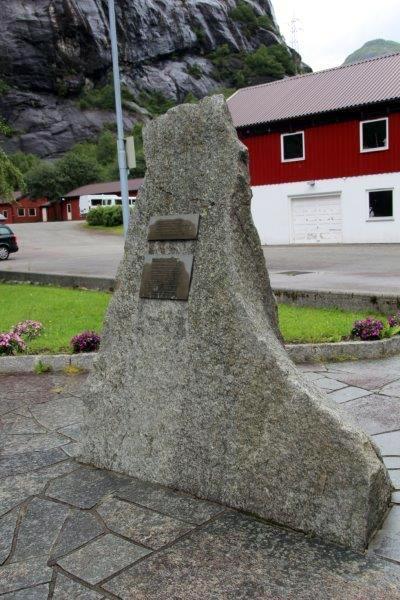 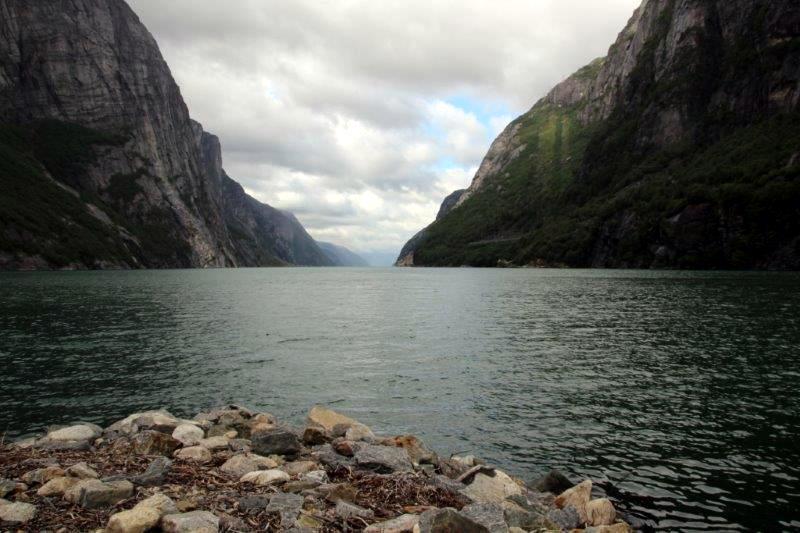 "An English glider on its way to Rjukan crashed in Fylgesdalen on the night of 20th November 1942.

8 of the soldiers died here and the other 9 were taken prisoners. They were later executed by the Germans.

The memory plaque was raised by Forsand Council in 1995 to mark the 50th anniversary of the end of the Second World War."

Note: Forsand is the town situated at the entrance to Lysefjord and the town council, or kommune, is also responsable for the village of Lysebotn.